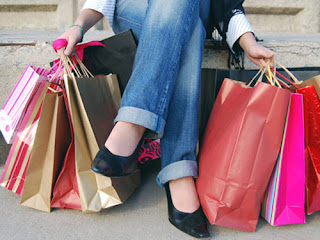 I was a broke college student.
I practiced snagging a good bargain.
As a mother of three boys,
and a still broke, underpaid, schoolteacher
bargains are a method of survival,
thoroughly perfected and strategically planned maneuvers.
Sometimes, the thrill of the hunt,
makes the catch all the sweeter.
And it makes your walk through
this life just a bit more fashionable,
especially when clearance is 30% off,
and free shipping of the prize.
Posted by Maria at 9:50 PM 5 comments: 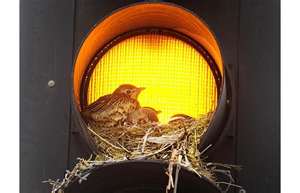 Green light: GO!  Traffic, meetings, assignments.
Red light: STOP!  All I want is to stop
for a bit, so there is
fuel to go.  A moment to
set my eyes on Nature's beauty.
Want to learn more about Six Word Fridays?  Visit Melissa's blog!
Posted by Maria at 10:06 PM 4 comments: 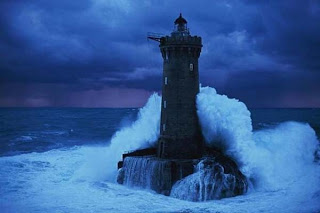 Whenever I am seemingly, hopelessly lost,
You are there to find me.
You, inevitably, with a knowing smile;
rescue me; categorically lost; forever grateful;
in my own sea of imperfection.
You still are the shining beacon
that safely lights the way back.
Lost something and found something along the way?  Visit Melissa and find out more about Six Word Fridays.
Posted by Maria at 11:05 PM 4 comments:

An explanation to the long absence...

As you have noticed if you frequented among these parts, things have been amiss for the past few months. While I have posted every week through Six Word Fridays, even that has been difficult and has, often times, alluded to all that has transpired since late last spring.

Life happens. And usually not in the way or shape we would like it to.

And because all that has transpired in these past months has been difficult and painful, it would have made sense to write about it here; to make light of it, to poke fun at the situation I found myself in. To be witty.

But I couldn't. For the first time in a very long time, it was just too painful to write. I had no way of expressing all the sadness, frustration, and fear I was experiencing.

And if I put it in writing, it would be real. I desperately wanted it not to be.

As many of you know, my beloved mother in law spent nearly a year battling breast cancer. Our family weathered the storm of the complications, the chemo, seeing her frail and warrior-like. Little did we know that we were in for more. We had another scare in the summer, but by now, we were also seasoned warriors.

My uncle, who has no children and is a liver transplant recipient, had a MAJOR health crisis. In early May, he was whisked away by ambulance in the middle of the night, and began an extended stay in the hospital and later rehab (and later the hospital again) before he took up residence at the assisted living center where my mother lives in mid-August.

My boys and I, along with my sister and my aunt (my mother's older sister) spent our summer cataloging my uncle's items, making piles for the dump or charity, and packing his things to be moved into his new apartment. I cannot tell you what a comfort it was to see my boys helping us in any way they could. Whether it was trudging down the stairs laden with books, to packing and sealing boxes, to making lists of things to be done, my two older sons were workhorses last summer.

And it quite literally broke my heart to see them so hard at work, peering curiously at me as I often stood, bewildered with worry and anxiety in the middle of my uncle's rundown house, wondering how the hell I was doing this again.

That flurry of activity was during the day. At night, my sister and I would go see him at the hospital, often wondering what his prognosis was going to be, wondering how in the world we were going to handle all of this new responsibility when school started back. Somehow, we would manage.

We emptied his house, made it sellable, sold it, and breathed a heavy sigh of relief when he moved into his new place, somewhat healthy and begrudgingly happy.

In the midst of all this, my mother's physical therapist was concerned at the pain she was experiencing during therapy. She ordered a routine MRI and uncovered a huge mass on her stomach.

We had no sooner finished dealing with the immediate needs of my uncle when my mother was diagnosed with a somewhat rare cancerous tumor on her stomach. Her surgery was successful in that it removed a 13 centimeter tumor. However, she spent the better part of a week in ICU , unconscious, when she experienced difficulty breathing on her own a day after the surgery.

Another tumor was discovered on her larynx.

One that was seen and commented on by three different doctors.

One that miraculously wasn't there when they went to biopsy on Halloween Day.

The hell that went through was nothing compared to the generosity of spirit of our family, friends and coworkers. I have never felt so much love and support in all my life.

I am happy to say that things have somewhat returned to normal. We had a peaceful Thanksgiving.

We had so much to be grateful for. So many lives saved during a course of 365 days.

I had my "normal" Christmas. The one I so longed for last year when my world was collapsing around me. I had all my folks. My mother in law. My mother. My uncle and my aunt. They were all alive. My handsome new nephew, my brother and sister in law. My sister and her family. Every single person who weathered the storms of 2011 with us. They were all smiling; happy and healthy; under one roof. My roof. Even writing this now, the words blur through the tears.

So you can imagine why I couldn't write. Too much. Too fast. It was exhausting to live it, overwhelming to even think about putting it out there.

The prognosis are pretty good all around now. My mother in law is doing better than fine. She is back to doing her thing, on her own terms, and the mischievous gleam in her eyes has returned.

My uncle in is dialysis three times a week, but now he has to deal with my sister and I. I think he is slightly pleased that things fell into place as they did. He seems happy and has adjusted well, considering.

My mother's latest PET scan came back clean. She is on a chemotherapy that was originally given to leukemia patients. Imagine my surprise when I discovered it was funded by the Leukemia and Lymphoma Society, whom I have fundraised and run for since 2010.

I hope that I am back to this, my writing in my space, more regularly now.

I hope you understand my lingering absence.

I know that soon, I will be laughing again. And taking you along for the ride...
Posted by Maria at 8:31 PM 4 comments:

Dark days are finally behind us.
And I am looking forward to:
holding your hand through this life,
sharing quiet moments alone, however scarce,
watching sunrises, sunsets, counting shooting stars,
knowing that you love me still.
Learn more about Six Word Fridays by visiting Melissa's blog!
Posted by Maria at 7:11 AM 7 comments:

Maria
Florida, United States
I am a mother of three strapping young boys, wife, sister, aunt, godmother and teacher to a fabulous group of third graders. I am always on the go, shuffling children, responsiblities and hats, finding the humor in the everyday. I love curling up with a good book or magazine, whipping up a new recipe, and exploring history-rich cities. No challenge is left unmet which often means that any spot is a good spot to just lay down and seek sanity!

The best of what's around or other blogs to check out...